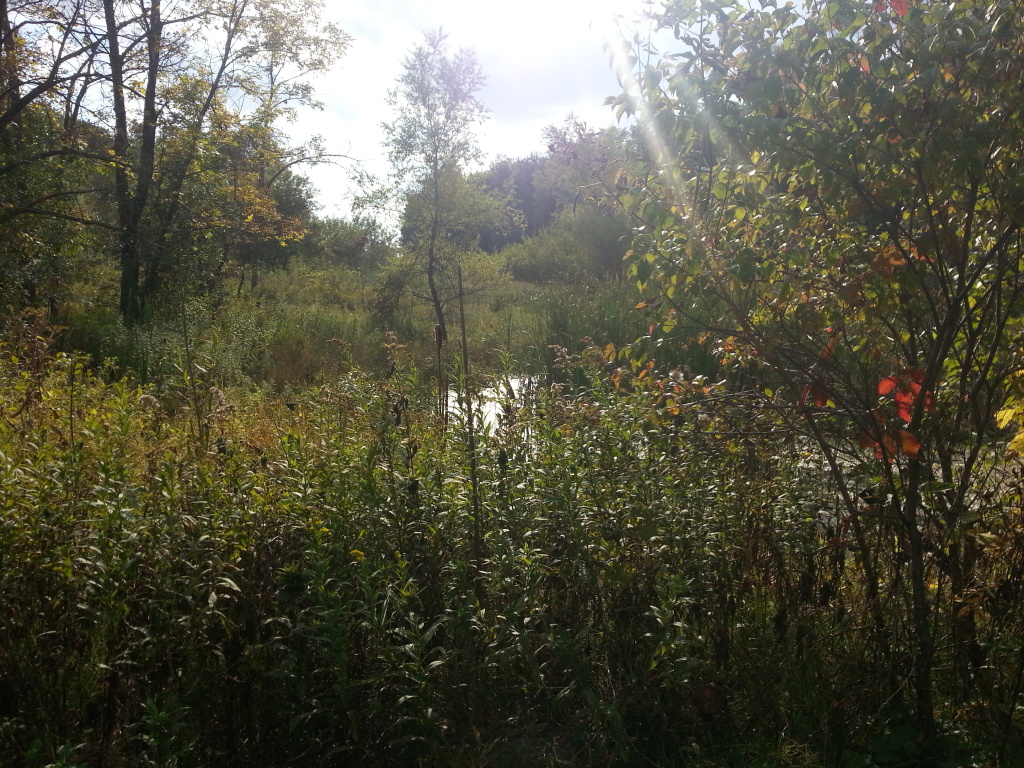 Jon and I bought our first house exactly one month before we were married. I moved in first so I could nest. I loved nesting!

Our little home was in Rochester, and that worked well for me. But Jon couldn’t get the country out of his system. Although we built another home in town, and moved in a year or so later, that was Jon building up equity and biding his time.

On weekends, we drove gravel roads looking at places for sale. It was fun, but it seemed like a faraway dream.

One day Jon said he wanted me to join him and a contractor to look at some lots. That sounded more serious, and a little scary. How would this city girl do in the country?

We met the guy, drove around the lots and stopped at the one the guy thought was the least attractive, except for the pond. We stood by the little body of water where cattails grew and the men talked about wells, septic tanks, and prices.

I focused on the sounds around me. It was like an evening choir! In my excitement I said to the men, “Listen to the night birds!” 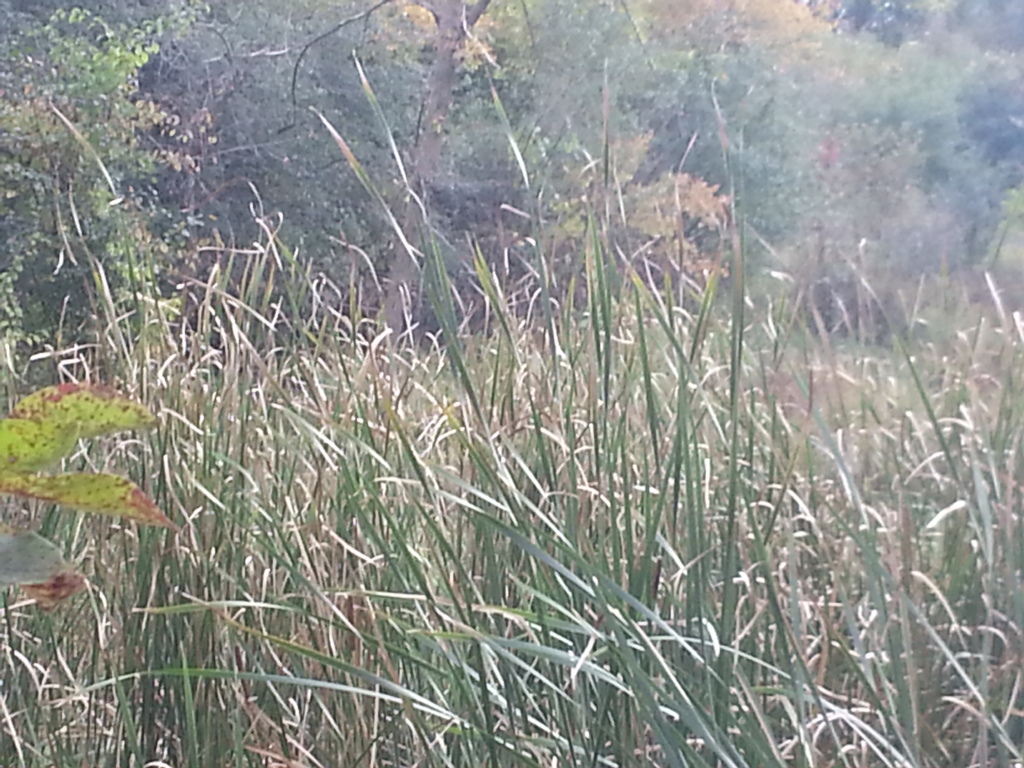 In the pre-dusk I could see both of them clearly. Their eyebrows raised and although they both smiled, it was obvious they were holding back chuckles.

Not content with their response I said, “Really! Have you ever heard them sing so loud?” I was delighted, and suddenly in love with the idea of living in the country beside a pond where I could listen to these mysterious birds every night.

“What kind of birds are they?” I asked determined to know as much as I could about my surroundings.

The contractor looked at Jon (in that way that says, “This is all yours, man!”) who quietly said, “Honey, they are frogs, crickets, and toads.”

Hopeful the gray of the evening would cover my red cheeks, but not discouraged I said, “Wow! They don’t sound quite like this in town.”

I’d never been so close to them, and couldn’t get enough.

We didn’t buy that piece of land, and the first one we did buy didn’t have a pond, but even there, oh my how those country bugs and amphibians could sing!

After a few years, we moved back to town, thinking it was time, but it wasn’t. I liked our house, we had great neighbors, it was more convenient, but I was lonely for the solitude, and I was homesick for the wildlife choir. In our lovely neighborhood, their song was drowned out by cars and motorcycles – even at night.

Soon, it was me asking for drives on gravel roads in search of a country place. I’d fallen in love with space between homes, where one can pray or sing or cry or plan novels outside, out loud and not be heard.

One day after work, Jon mentioned he’d found some land for sale and asked if I’d like to see it. We drove up a gently curved driveway and parked. The house needed a lot of work, the only out-building was (and is) a worn-out dirt-floor shed with big holes where mice hid and feral cats hunted. Even in the slightly overwhelming structural needs, there was just something about this place that called to my heart. I asked Jon when we could see the inside of the house. He said he’d call a realtor soon. We decided to stay awhile longer in the quiet.

They started to sing from somewhere deep in the woods. First it was just a few then the air seemed to explode with sound. Night birds! Lots of them. More than we’d ever heard before.

We smiled at each other in the now soft gray of the approaching evening as the sound swelled around us. It felt like a welcome home. We came back the next day and the one after that. Then, we came again with our realtor and our great-niece Grace. We walked among the apple trees and in the fields, and finally down the hill to the country choir loft.

The pond that is more a bog is in a valley at the bottom of our woods (quite a ways from the house). During three seasons of days it’s where red-winged blackbirds build neighborhoods in the cattails, and raise their young, and where baby wood ducks follow their mother closely leaving paths in the soft green pond scum. And where dragonflies, bees, and butterflies dance, bumble, and flutter. And later, it’s where there crickets, toads, and frogs sing. In time, from across the way, the coyote, fox, and owl join in. 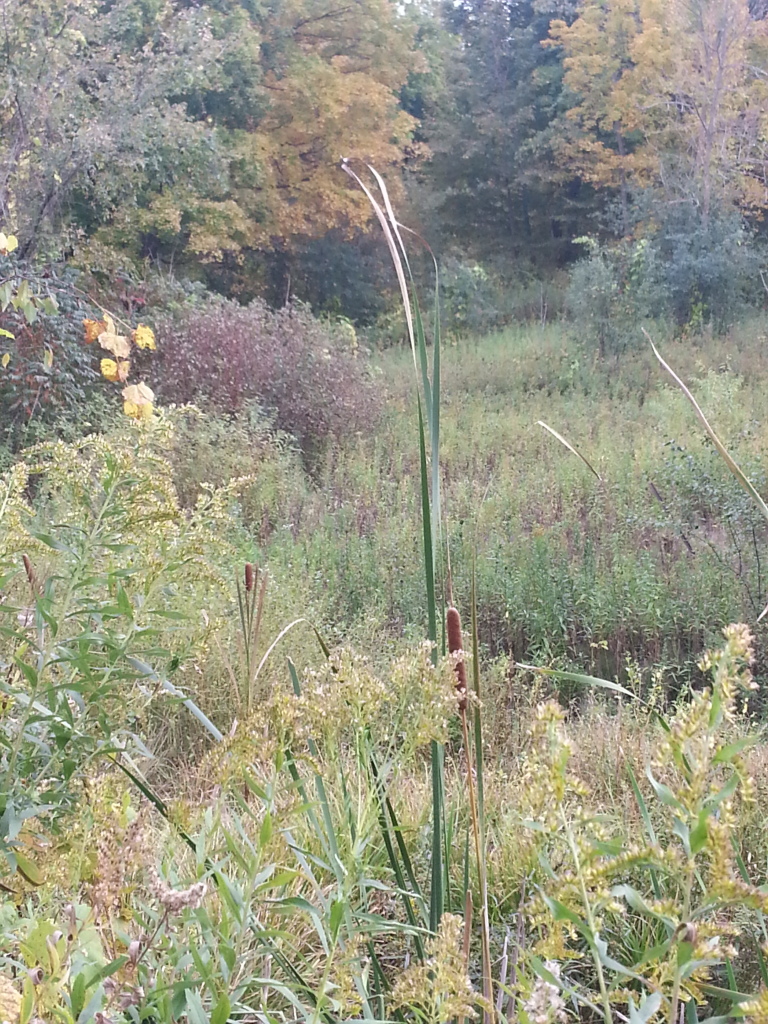 Some nights they’re so loud, we can’t hear each other talking and head back up the hill to listen from a distance. We open the windows and listen, at home in our hearts when the “night birds” sing.

Soon, before the snow flies, I’ll go to the pond and say a quiet seasonal good bye to this lovely place. It’s a tricky walk down there for me, and winter makes it more difficult. I’ll miss the lovely mess it is, and the songs of the creatures that call it home.

On the first day of March or April when the path is dry enough for a Gator ride down, I’ll go back. And again I’ll be delighted by the trills and croaks and bug sounds that announce the advent of warmer days, blossoms, and the rustle of old cattails and bullrushes.  I’ll shut the Gator off and remember the first time I heard the night birds. I’ll smile at the heavens, enjoy a peanut butter sandwich a hot cup of coffee, and be grateful for my front-row seat in this wild sanctuary of sorts. Because God created them and put them here. And when I’m there, it feels personal. As if He created them and put them there for me. And perhaps, He did. 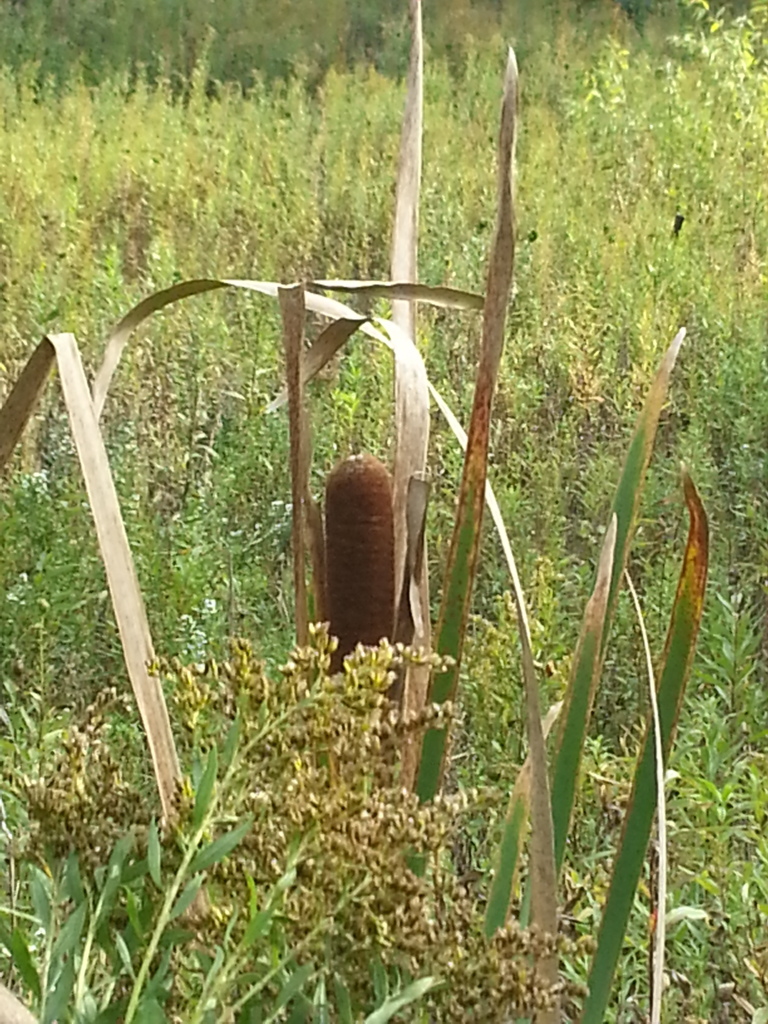 Then God said, “Let the waters swarm with fish and other life. Let the skies be filled with birds of every kind.” So God created great sea creatures and every living thing that scurries and swarms in the water, and every sort of bird—each producing offspring of the same kind. And God saw that it was good. Genesis 1:20 & 21 (NLT)

Tweet This
When I’m there, it feels personal. #CountryLiving #NightBirds #BoggyPond