Author’s Note: The following was a writing assignment for a course I took years ago. I was supposed to take a Bible story and write it as if it were happening today. It’s not about me. . .but it is about Him. Jesus. And a modern-day Samaritan Woman – an unacceptable one. It’s a rugged story full of edges and pain. But it’s short! 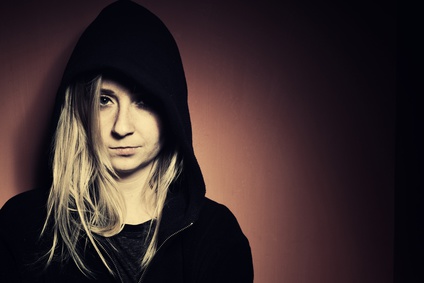 I’d failed. Instead of saying no, I said yes. To men, to drugs, to abuse. I’d married and failed again and again. Now instead of marriage, I preferred an open relationship with the man sleeping in my bed. He was as damaged as me. I wanted to think maybe more so but I knew that wasn’t true.

Our arms were scarred by the needles that delivered our only true pleasure. Our bodies so thin our bones jutted out at obnoxious angles we’d not known in healthier days. We reminded me of the pictures I’d see of American soldiers being rescued from Chinese prisoner of war camps. POWs. Not so far from the truth. Meth is its own prison.

We’d soon need more drugs just to face each other. A sun ray snuck into the room through a crack in the shade. I watched the dust dance in the light and knew very soon, it would feel like bugs skittering across our skin without our substance. We’d spend most of the day injecting and inhaling and trying to figure out how to get more money so we could do it all over again tomorrow. Usually, it meant selling me to someone else.

I stuffed some cash from his jeans into my pocket. It was his turn to buy.

On the streets, people avoided looking at me. They weren’t any better than me; I’d just been at it longer and the price I’d paid should have scared them spitless. Instead, they went their way believing they’d never become me. They were in control. This was just a little walk down a different path. They’d get off soon.

Yeah right. They’d be in my gutter in a few days.

A new graffiti artist had sprayed “Jesus saves” across the talent of a previous painter.

“Yeah right. Saves who from what and when?”

Another religious joiner had sprayed “Drink from the Living Water and never be thirsty again.”

I spied a Coke machine at the Stop & Shop ahead. I yearned to feel the bubbles of a cola on my chapped lips and then bursting over my dry gums and swollen tongue. A buck less crystal would be worth the treat.

Outside a man sitting on the curb watched me roll a dollar off the wad from my pocket.

“Hey woman, can you buy me one of those too?”

Who did this dude think he was? Did I look like a cash machine and waitress rolled into one skinny package?

I looked at him to curse him into silence but instead I handed him my Coke. I’d consider it my good deed for the day.

As he popped back the top, he looked at me. “You look pretty thirsty yourself.”

He guzzled the cold drink, stood up, crushed the can and said, “Here.”

In his hand was a wad of money far bigger than mine or the one I usually saw in my dealer’s hand.

“I don’t want you to ever be thirsty again.”

“Why are you doing this?” I demanded resisting the call of the cash. There were always strings in my world.

He just stood there smiling, his hand still out-stretched.

“No. I know about your man and the men before him. I also know you help the lady in the apartment across the hall and sweep up at the soup kitchen to feed the two of you. I also know how you sometimes earn money for Meth.”

This dude had to be a cop. No one person knew that much about me. Here I was in the open talking to the enemy. No self-respecting addict hangs with the Law. If my dealer heard about this my supply would be harder to come by.

Just then his buddies came out of the Stop & Shop.

“What are you doing talking to her?” the one with the big belly and a Krispy Kreme in his hand asked.

He smiled at his friend and then back at me. “She’s my neighbor.”

“Yeah right. We don’t live anywhere near here. And what’s with the money?”

He didn’t answer his friend. Instead, he pressed my fingers around the cash and withdrew his hand.

“Are you crazy?” Another friend blurted out. “That’s all you have.”

“Sometimes that’s what it costs,” the man who drank my coke answered.

“Will you be here for awhile,” I asked.

“Sure. As long as you need me.”  His smile was kind and his voice held none of the sensual taunting I was used to.

“I’ll be right back.” I hurried to the hovel I called home knocking on cardboard boxes, whispering into the doorways of abandoned buildings, and called into dirty alleys. “You gotta go to the Stop & Shop! There’s this guy who doesn’t know me but knows all about me. It’s Him. The One.”

Tweet This
It’s a rugged story full of edges and pain. #FastFiction #SamaritanWoman

Graphic purchased from fotolia and used with permission. © itsmejust

« Writing and Dishes and Blossoms and Faith {Writing Life}
You Can Do It! »