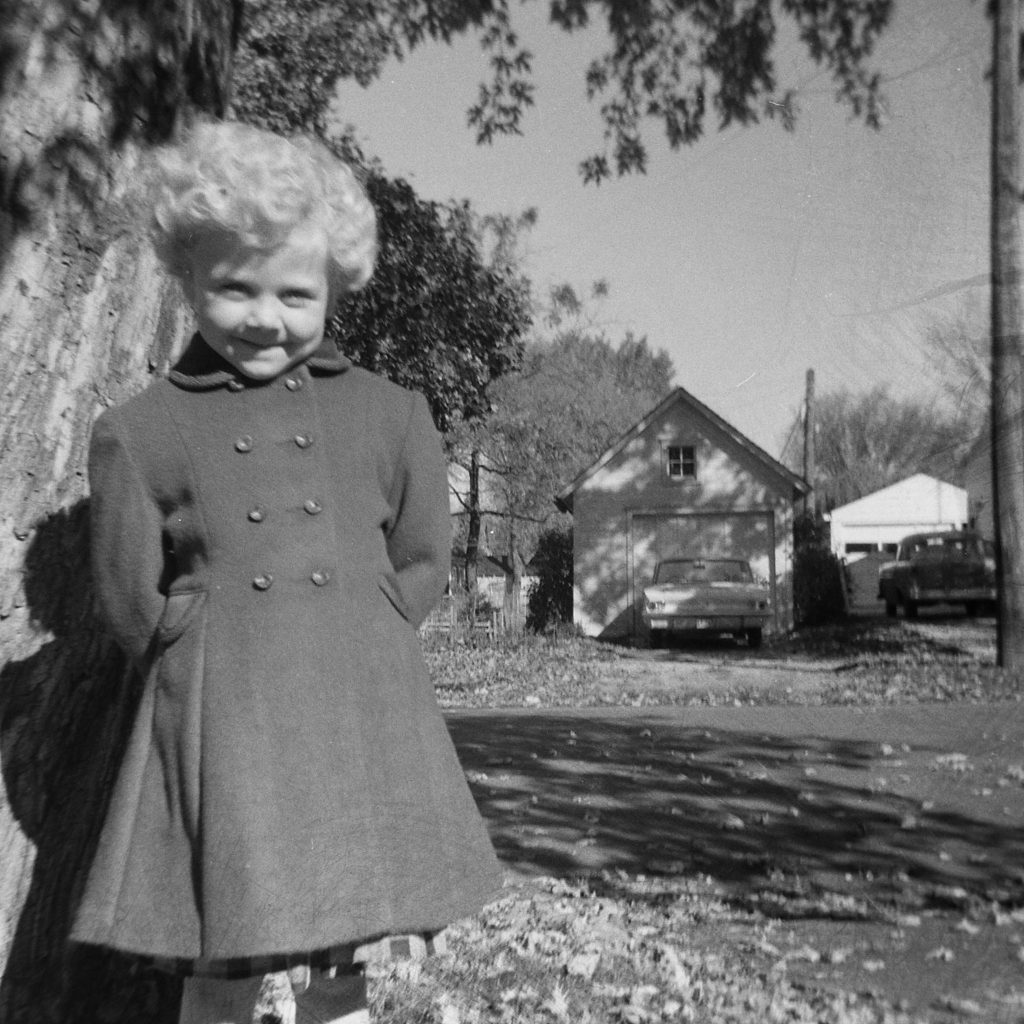 Sometimes these opposing views came from different people on the same days. Being a literal kind of kid who wanted to be the best I could, this mix left me wondering, “Who in the world am I?”

The messages were subjective and therefore mixed. Then one comment changed and complicated things.  “Joy is a peculiar child.” The statement ended with raised eyebrows and the shake of a head. It sounded like a bad thing. Or worse – a shameful thing.

Then in 7th grade, someone said to me, “You’re weird.” Not different. Not unique. Weird. This person saw me as odd, strange, and unusual at a time in my life when I wanted to be like everyone else with some cool mixed in. The word lodged itself in my heart with a big negative sign in front of it.

Not long ago, I started looking back to find my truest self, and I discovered I’ve always been a vagabond princess.

As a girl, I loved all the girlie things (jewelry, make-up, clothes, rock ‘n roll, and boys) and at the same time, liked my hip-hugger jeans ragged at the hems, would have worn moccasins everyday (except with my pretty dresses), preferred my bangs long, my hair straight, purses full of great stuff, and big gypsy-style earrings. I wanted to be a poet and a writer. My fingers craved pencils, pens, paper, and typewriter keys. I saw beauty almost everywhere.

And then there was this: Running and playing were for fun – it didn’t matter if you were good at it or not. That meant no one wanted me on their team because my fastest speed was slow and I didn’t give a hoot who won – I played to play. Imagine the looks on the faces of my teammates when I cheered for the other team when they were doing good or even worse – better than us. Or when instead of running to the next base, I was fascinated by a flower or the call of a bird somewhere in the distance or the smell of fresh bread wafting in my direction on the wind from the neighborhood bakery and missed the chance to help my team win. Being picked last hurt me less than it did others. If we lost, my teammates grumbled all the way back to the classroom. I skipped and sang. It had been fun. That was enough.

I was the teenager dancing in the grocery store aisles because I liked the music. Who had a song or a line from a commercial to go with most things in life. And I loved writing poetry tucked under the graceful branches of the willow tree in our backyard. 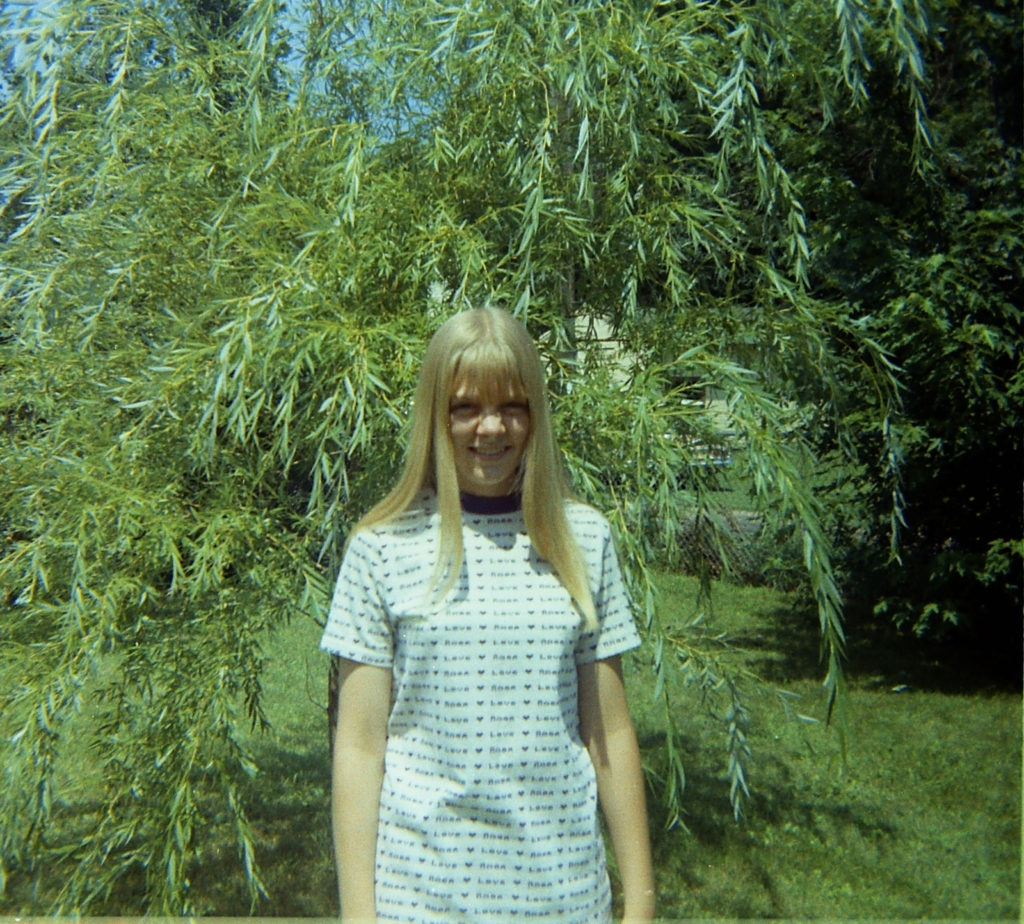 At night, I knelt and prayed and wished on stars, sure both connected me to God somehow.

When I came to Christ at age 15, and I did everything I could to stick to the princess side of me and tried to bury the odd side of me as deep as I could. I stopped dancing and tried not to laugh so hard and loud although I usually failed miserably. 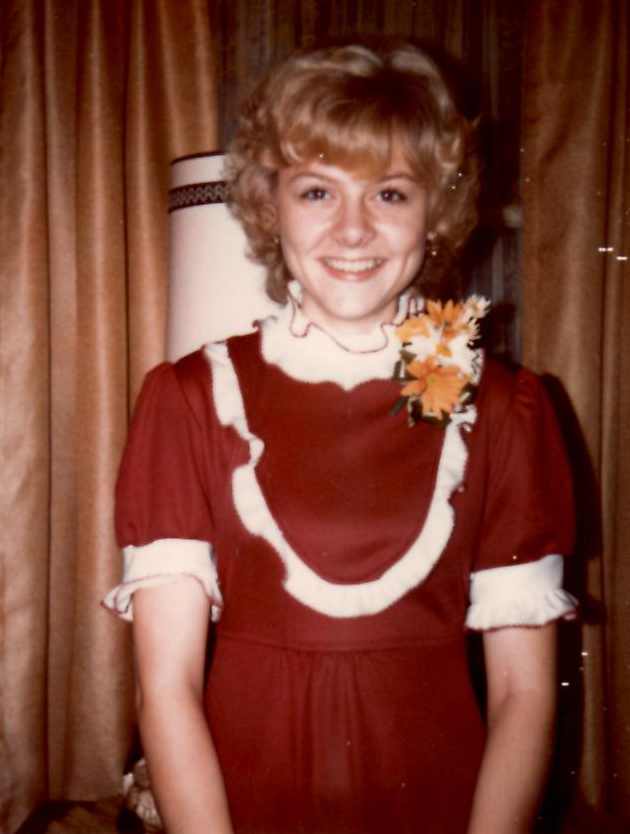 I wanted to do everything right – no more weird!

Except that, I was totally blown away by Jesus, and He seemed directly connected to my love of poetry. I have no idea how many people received poetry from me – freebies, unsigned, written by a love for Christ so deep my cup didn’t just run over, it splashed with the occasional flash flood.

There was the day the neighbor told my mom about me singing hymns inside our house – acapella and at the top of my lungs – unaware of my personal volume.

That’s when I discovered that among our neighbors and my more experienced Christian friends I was weird.

Except for one guy who saw who I was and fell in love with peculiar me. Jon has spent the last forty years encouraging me to be me with his words and his support. And when I didn’t believe him, he bought me many books and courses on the subject which I devoured in my passion to-be-normal. Being me has not been as easy as those experts made it sound.

But when God wanted it to happen, it only took a moment.

A couple of years ago, we were listening to a sermon by our pastor, C. John Steer, and I was paying close attention because he was talking about Christians being a peculiar people. Maybe peculiar like me. And he taught from 1 Peter 2:9 which says,

“But ye are a chosen generation, a royal priesthood, a holy nation, a peculiar people; that ye should shew forth the praises of him who hath called you out of darkness into his marvelous light;” (NKJV)

Somewhere in that sermon, he said something that rocked my world. “You can be weird, just don’t be a weirdo.”

My response was joyous and bold – my laugh loud and boisterous. In the middle of a sermon. Because wrapped in those words was the gift of freedom and I accepted it right then. And my thoughts were on the giddy side.

God made me who I am inside.

God doesn’t just know me, He “gets” me. And He loves me the way I am – okay – not the sinful stuff, but who I am in Him and because of Him and who He made me to be. Even when I still play to play Dominoes or Word Feud and not to win. And if you look at this closely you’ll see that even in losing I win when my goal is only to play for the joy of playing. It makes complete sense.

The funny thing about this freedom is the constant battle to keep the old captivity at bay. Like when I can’t take enough pictures of milkweed fluff or the fungus growing on bark that makes me think of sea coral or urchins, or worn wildflowers, or tangles that remind me of human emotions, and I worry that if people see them, they’ll know I’m weird, and that old shame knocks on my heart’s door. 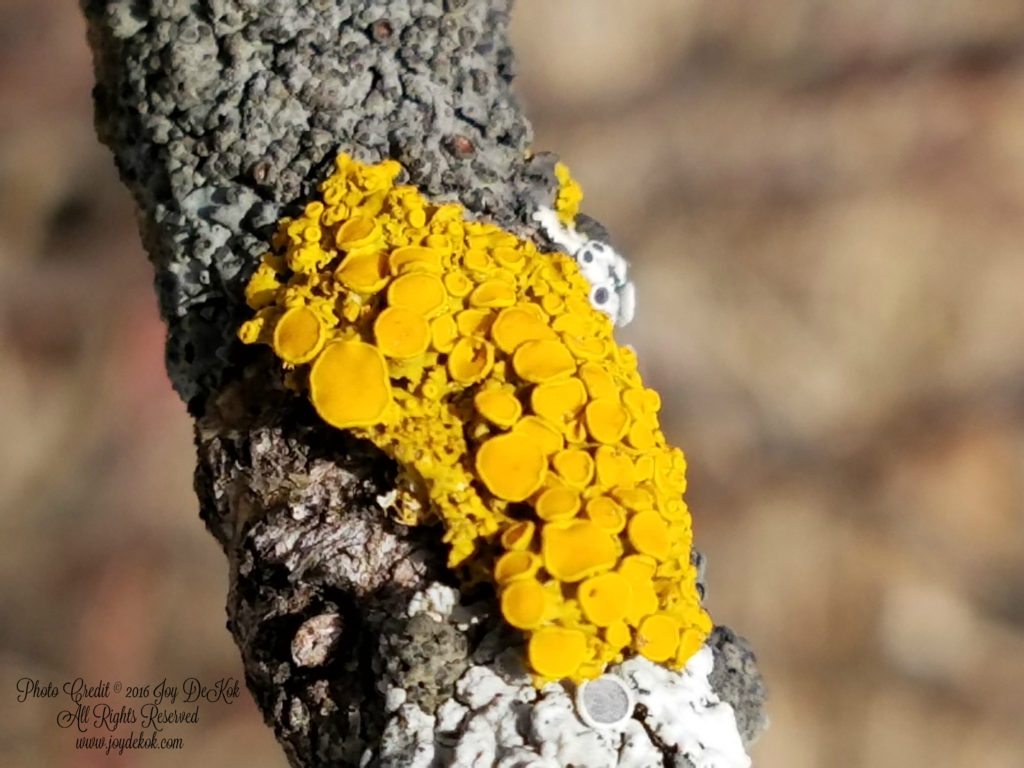 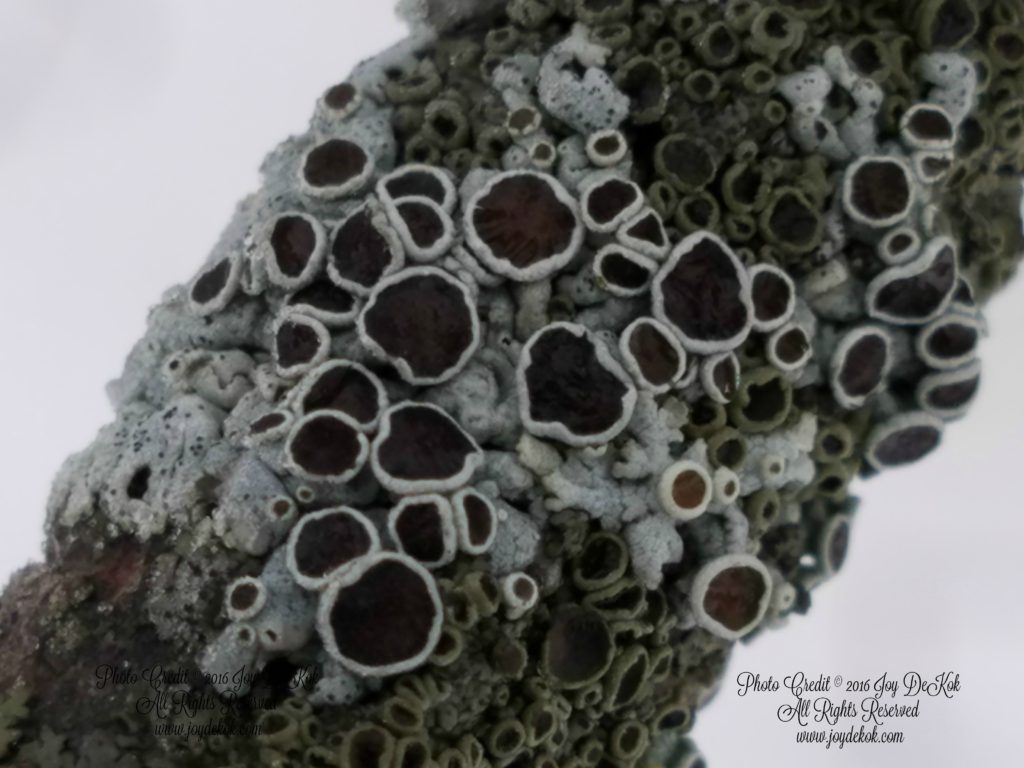 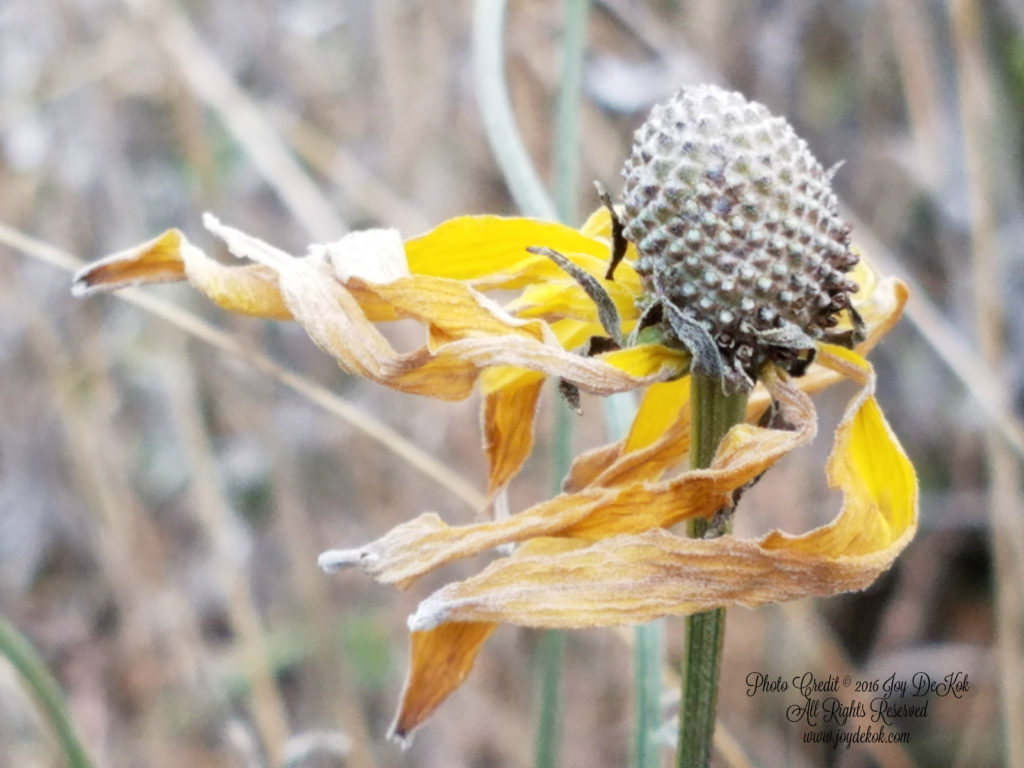 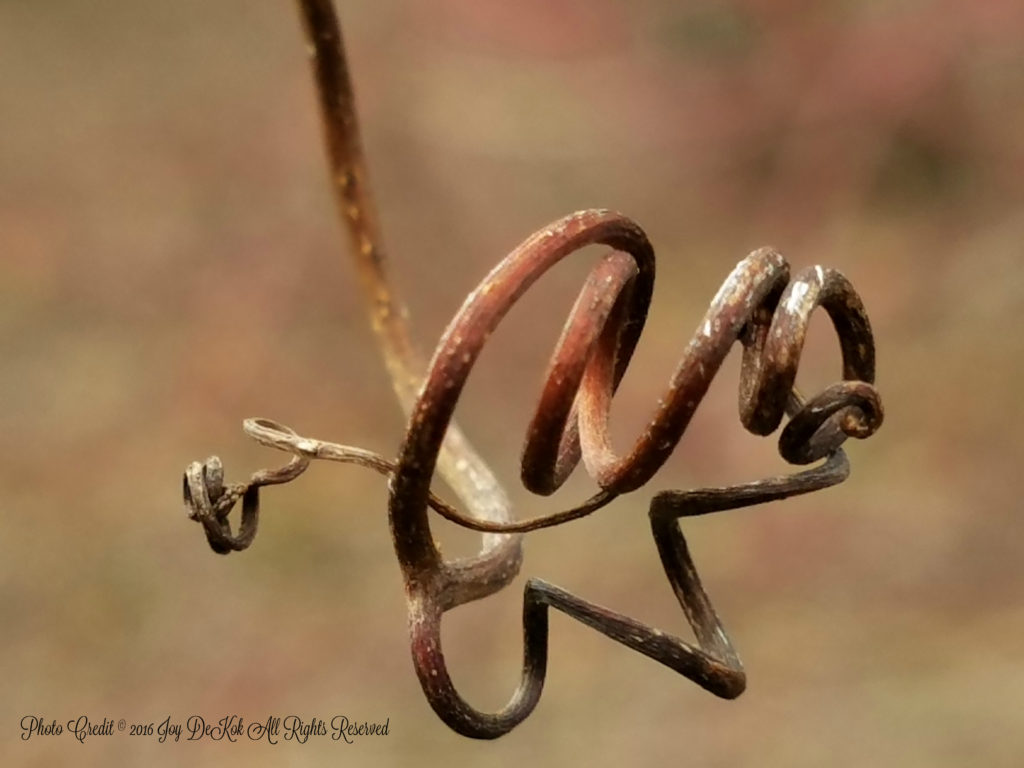 But I put them out here anyway. I’m getting better at resisting the lies of that old enemy because I remember I belong to the One who is the way, the truth, and the life. He doesn’t lie, and He loves me. Then I click away because I see a sixties-style flower in a burst of milkweed seeds. That day the birds scattered when the wind caught the laugh that came from my belly. Their surprise mingled with my joy, and that made me giggle and praise God who sent the milkweed burst and the wind and who knew it would please me no end. 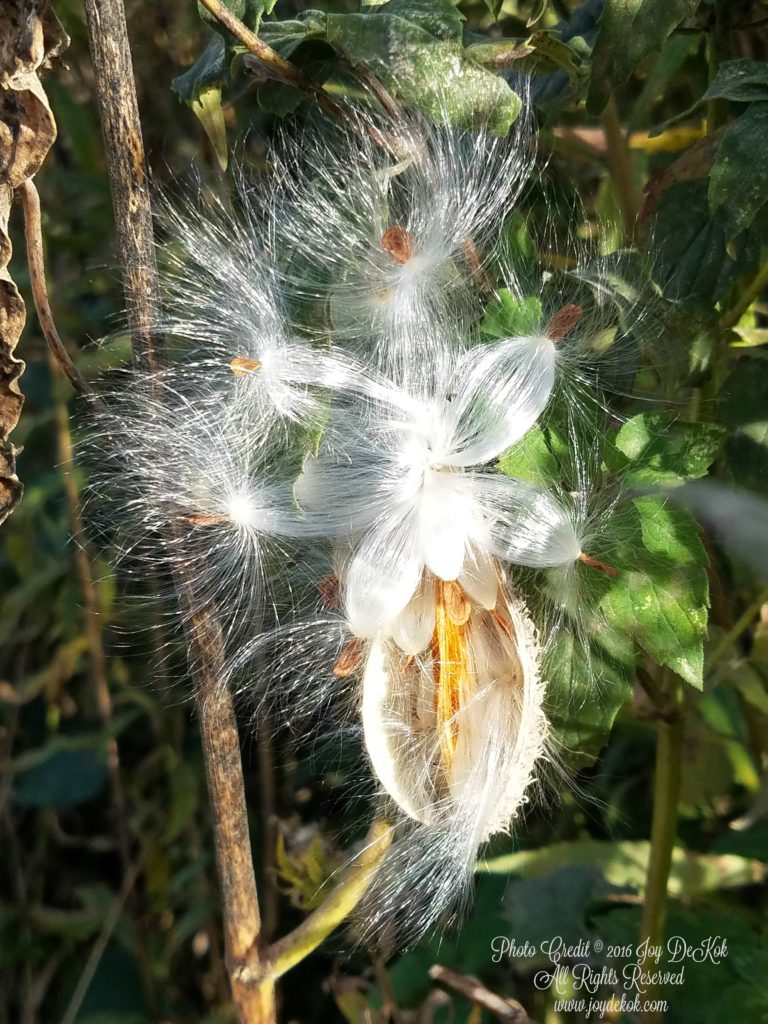 And I knew God was delighted as my thoughts turned to Him and because He says this in His Word:

The LORD, your God, is with you, the Mighty Warrior who saves. He will take great delight in you; in his love, he will no longer rebuke you, but will rejoice over you with singing.” Zephaniah 3:17 (NIV)

Of course, there are times when keeping my internal impulses hidden is a good thing – like in the grocery store aisle when I resist the urge to twirl like I did as a kid. Fear of a twisted ankle keeps me in line there. Or when walking at the Mall and the music playing is Desperado, something from The Carpenters, or Rudolf the Red-nosed Reindeer and I refuse to sing along at the top of my lungs the way I did as a little girl or a teenager. I stiffen my shoulders, grip my bottle of water tighter, and attempt to hold it all in for everyone’s sake.

But don’t be fooled – in my heart, I’m singing and twirling and if you look close, my grin might give that away.

And just like you, I’m weird, but I’m not a weirdo. And that is so cool! And at fifty-nine, I’m still that vagabond princess.

I’m weird, but I’m not a weirdo. #Weird #Me&You #Devotional

Tweet This
God made me who I am inside. Quirks and all. #weirdbutnotaweirdo 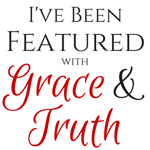 « Damsels In Distress {A Poem}
The Mississippi Queens ~ The Story Behind the Story (And an Excerpt!) »

Yesterday was my first new treatment. I went to Ma

Just a Moment As soon as I stepped outside in the