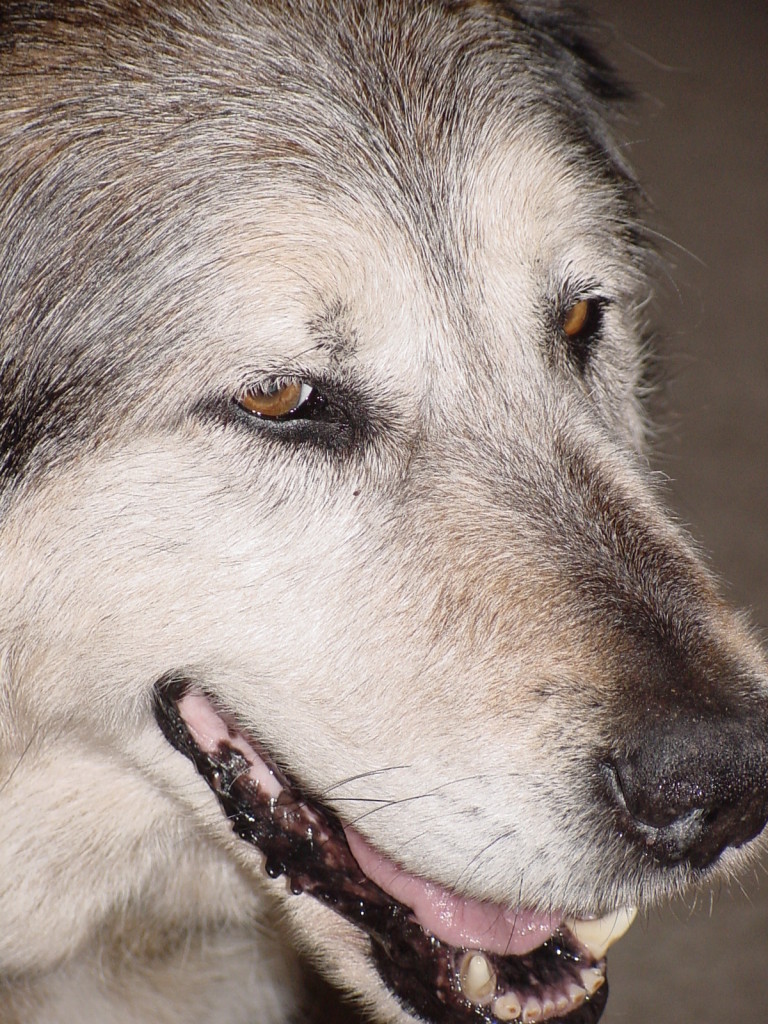 After seventeen years together, we had to let our old friend Bandit go. He was sick, weak, and getting worse. We stayed with our friend until the end and grieved him deeply. We walked to the to the car without him, our faces soaked with tears, and Jon said, “It’s going to be awhile until we get another dog. If we ever do.”

After four years, without a dog, I yearned for a wagging tail (or 2!). We took care of friend’s dogs, and I tried to let that be enough. But it wasn’t.

So, I asked Jon if we could just please look at the pups a local breeder had. He said yes, but warned me, “We aren’t bringing a dog home.” Except I saw him put his checkbook in his pocket – something he didn’t always do.

That simple act made my heart jump.

The breeder had a lot of pups, and while I was busy greeting them all, a little brother and sister team attached themselves to Jon. Literally. The cute little girl took the cuff of Jon’s shirt in her mouth and the little boy held Jon’s thumb gently in his mouth.

Our eyes met over the determined duo and Jon nodded at the two still hanging on to him and said, “Pick one.”

He smiled down at them. “I can’t either.”

The breeder shook his head. “I’ve never seen anything like this. They picked him.”

After waiting and watching for a few minutes, I asked him, “How much for two?” 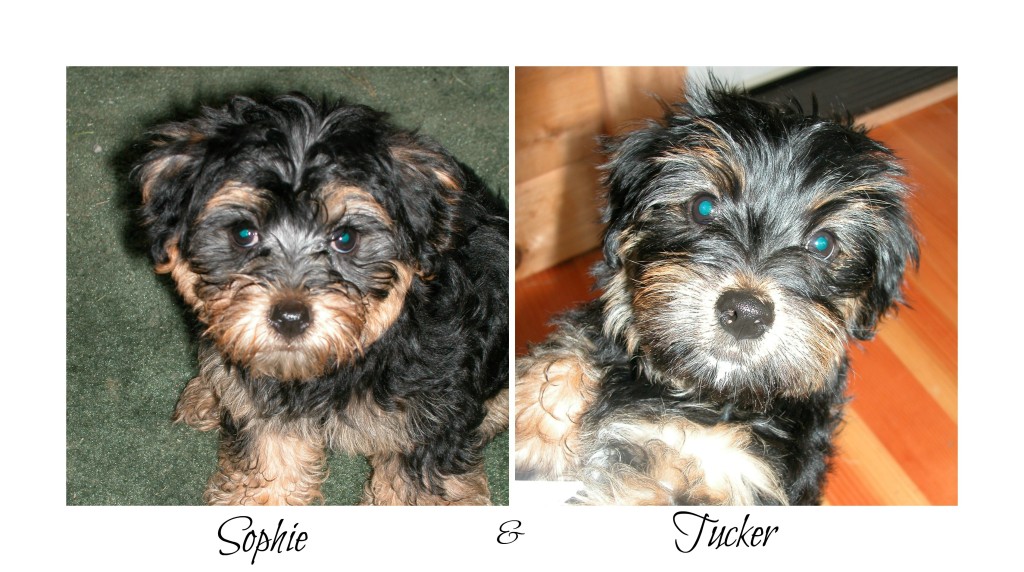 The two men agreed on a price; Jon wrote a check, and then he carried them both to the car. We stopped off to show my mom our babies. Her words surprised us. “These dogs are going to be such a comfort to you.”

We had no idea how right she was. 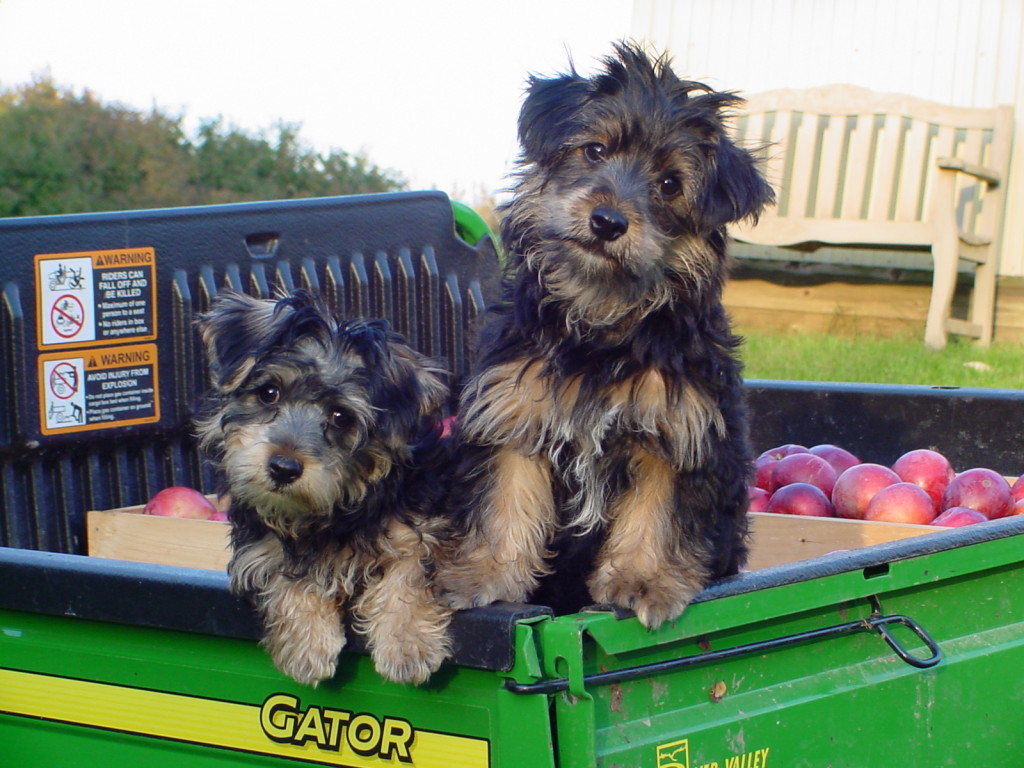 Although he resisted getting to like them too much, the pups continued to woo Jon. Finally, one day with both of them resting their heads on his shoulders he grinned at me, sighed, and said, “I’m a goner.”

Since then, Sophie and Tucker have done just what Mama said they would; through the deaths of Jon’s parents and Mama herself, they have rested beside us, licked our tears, and wagged their tails at just the right times. They willingly take long walks, listen to our aching hearts, love Gator rides, and can talk Jon into rides in the car at least twice a week. Their favorite thing is simple: to be with us. 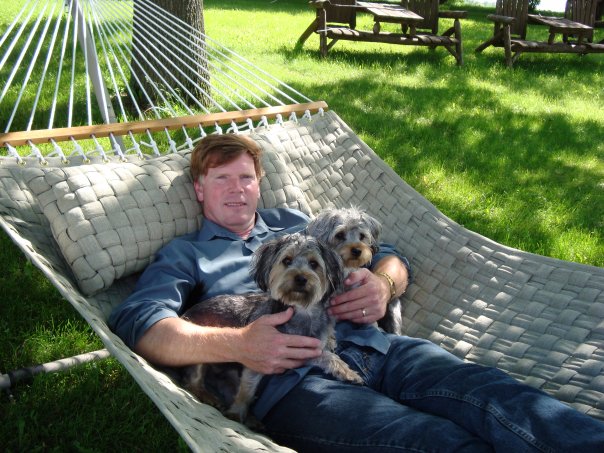 We miss the dogs that came before them. We always will. Daring to love again didn’t mean we found replacements or substitutes. It doesn’t work that way. We love these two the way we did the others: for who they are and they return the love with enthusiasm.

When I remember the day we first saw them, and I’m thankful they were as ready for us as we were for them – even if one of us didn’t know it yet!

And I thank God that He created them to be ours and that when Jon least expected it, they picked him. Besides, I get that. I picked him too!

He shook his head. “I’ve never seen anything like this. They picked him.” #DogStory #PuppyLove