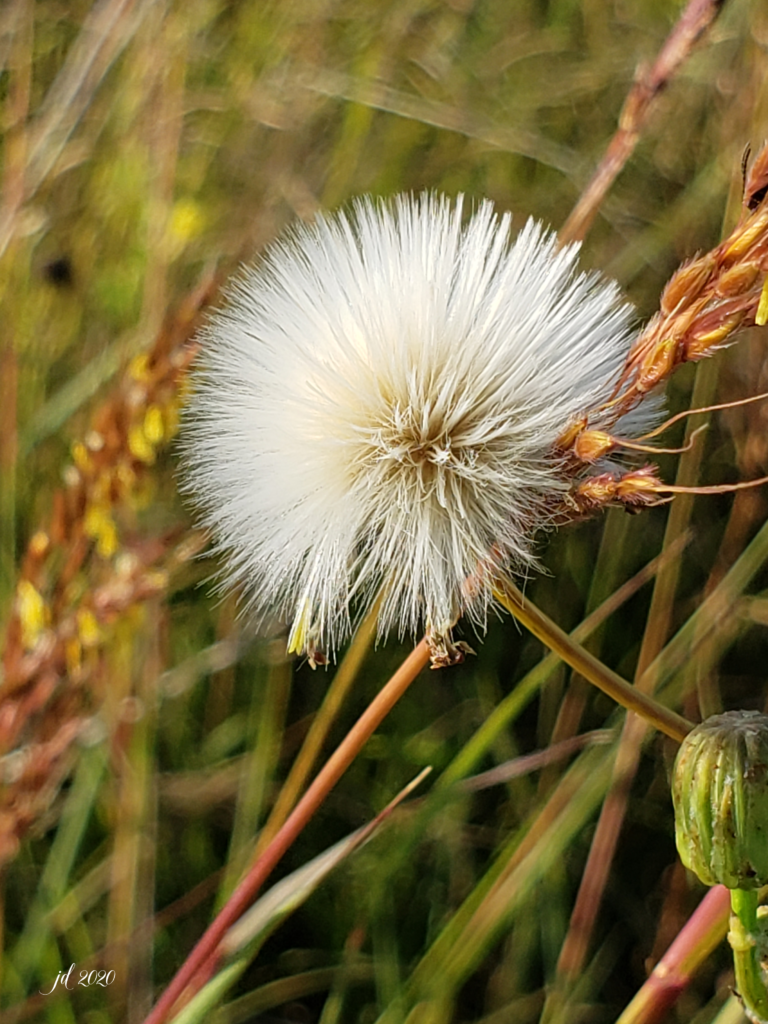 Wandering in the ditch beside one of our wildflower fields, this tiny puff of seeds caught my eye and snagged at my heart. Walking home, I thought about Grandma Joy and powder puffs.

I smiled just before the tears fell.

When I was little, I spent time with my grandparents in Worthington, MN. At her house, we had ordinary days that included a fluffy white puff of Corn Silk powder. When I was four or so, Grandma handed me the puff from the round container and told me to pat the puff gently onto my skin to avoid breathing it in and sneezing.

I patted, inhaled, sneezed, blinked, and coughed, but putting it on by myself was such a grown-up girl kind of thing to do, I didn’t care. That’s what tissues were for.

On Sunday’s we wore a dusting of her favorite scented powder – Topaz by Avon. And on extra special days – like Easter – I was allowed a spritz of Topaz perfume or “stink um” as she called it. (My little brother called it pu-fume!)

When Grandma left here for Heaven, powder and puffs left my life too – a sweet memory without meaning.

The one where I thought about that unblemished flat-chested little girl who was now, because of stage four breast cancer, a terribly scarred flat chested sixty-two-year-old woman. Since the surgery about a year and a half ago, I’ve kept most of my grief carefully tucked away. I had no idea I was going to take you there.

But here we are.

On my way to our house, I thanked God again that Grandma isn’t here to ache as I walk this part of my earthly journey. I was also deeply grateful Mama and Daddy were with Him too instead of here with me.

About half-way home, the sunset light up the fields the way it sometimes does. 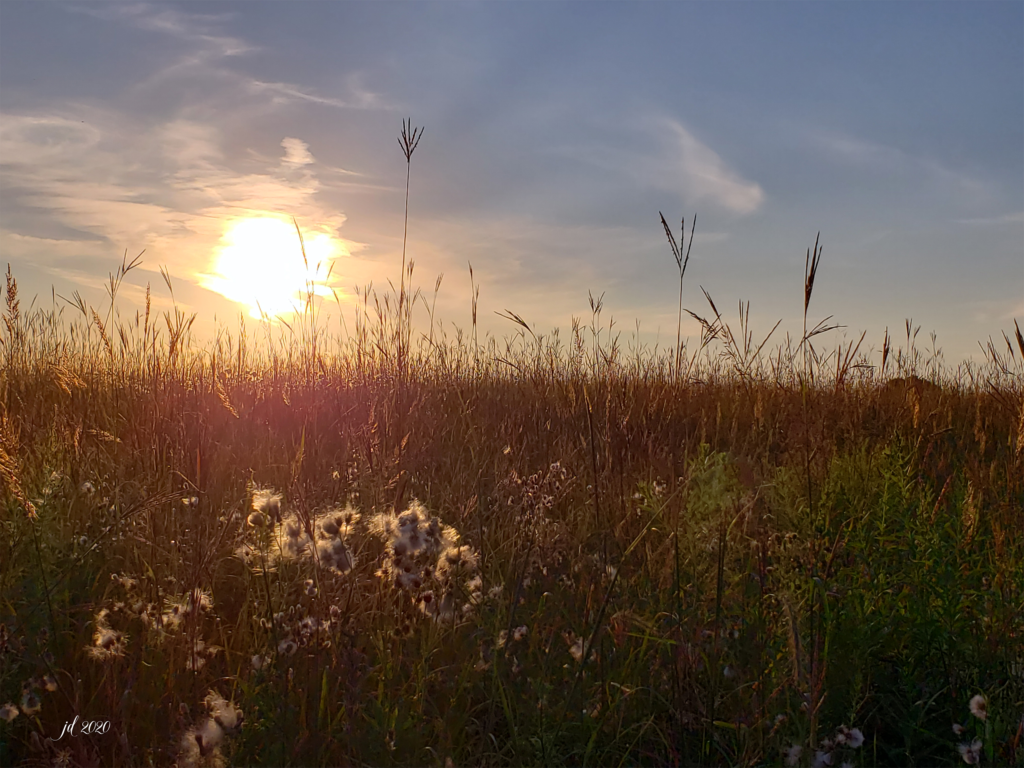 I stood in the radiance, I wondered to God, “What would they do if they were here?”

Immediately I could almost feel the small hands of my mother and grandmother pressing gently on my now scarred chest the way they touched skinned knees and my forehead when migraine headaches attacked. In my imagination, I saw their tears and felt the pressing of their prayers. Then I could almost feel the gentle kiss Daddy would have placed on the top of my head and see the tears in his eyes.

Almost but not quite.

As the earth turned and the sun went to warm a new day on the other of the world, I looked back at the darkened sky and thanked God for the blessings of those moments. Those who have gone before me don’t know about the cancer, but I know what they would do if they were still here.

« Roots – Your Life a Legacy
Awkward – String of Beads »