And the idea of just wandering off to a cafe with a notebook and writing and seeing where that takes me for a while is just bliss.  J. K. Rowling 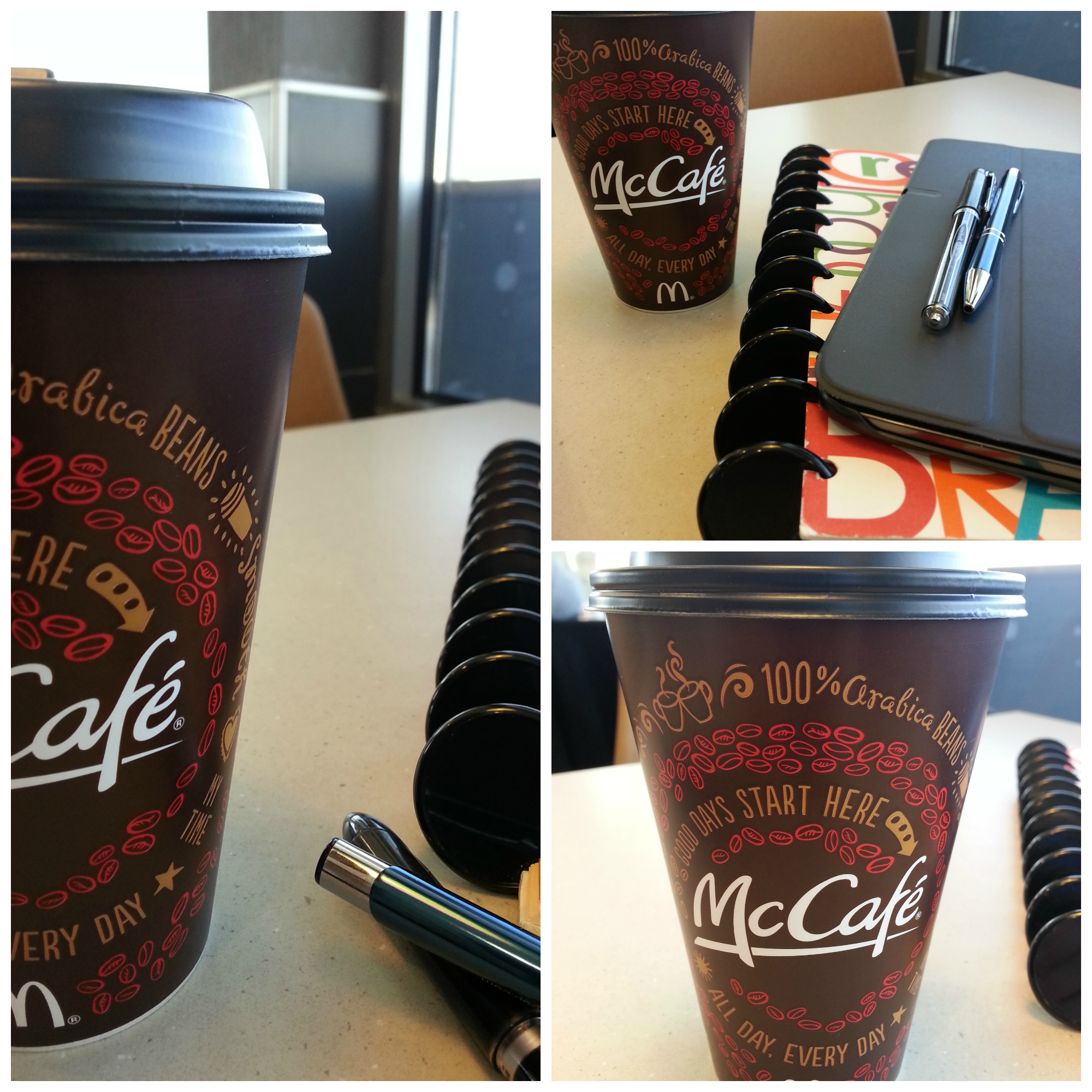 I have favorite tables at several coffee shops and restaurants. I love being tucked into these smallish places with a hot cup of coffee, my notebook, and my ideas. And the strangers whose voices energize these spaces. (Today it was McDonald’s – one of my favorite places of all. Because the regulars are so friendly and interesting.)

These are the places I eavesdrop as part of my job. I’m a writer. That’s when I hear the great stuff that usually delights, but now and then drenches my soul in sorrow. And sometimes both.

Like the day I was not at McDonald’s and overheard a man dressed in working cowboy boots – the kind with scuffs and the shine long gone. His hat – the kind the good guys in old westerns wore – sat on the table near his elbow. His face was ruddy from the wind and the lines carved deep. His accent wasn’t Minnesotan and sounded like it was full of Texas heatwaves. Although he seemed worn by sadness, he wasn’t old.

Looking at the woman across from him he said, “The bathroom door was open, and I saw her at the mirror and dang – she was bending her eyelashes! Why would a girl do that?”

He was truly at a loss.

I grinned in the direction of my notebook. Which is why I remember this moment so well.

The woman with him stayed quiet as if knowing he had more to say.

“If you tell me she does it to look good for boys, I’m going to be sick! It’s too soon for that kind of thing. Way too soon.”

He fidgeted, drank some of his coffee, and now he waited for her to speak. When she did there was a hint of a smile in her voice. “She does it for the boys, but, what she can’t tell you is that she does it more for the girls she hangs out with. That’s the way it is. She’s a good girl, and you’re doing a great job with her. I don’t think you have anything to worry about yet.”

I wondered if the “yet” lingered in his mind the way it did mine. Such a small, but significant word.

He rested his chin on a hand that had worked hard. “Sometimes I just don’t know if I can do this. I love her, but I’m trying to be her grandpa, mama, and daddy.”

The tears in his voice said even more than his words. He coughed, sniffed, and rubbed his eyes.

New people came in and their voices drowned his out. I was a little relieved for them. Because although I’d been intentionally listening, he had the kind of voice that marched across small spaces and I’d have heard him even it I wasn’t trying. The new noise gave them an invisible shield of privacy.

Then it was time for him and the woman to leave. As the door shut behind them, the atmosphere in the place changed. Without their voices contributing to the energy around me, there was a hollow space in the air where they had been.

I slipped back into what I’d noticed and finished recording the short, but powerful conversation in my notebook.

In my scribbling and contemplating it hit me. The woman let his words stand without correction. She let him call it bending instead of curling. Because it wasn’t about him getting it right. It was about his heart.

And there it was – the thing that almost always happens in times like this: A gift tenderly wrapped in the moment – the kind of treasure that can be noticed, but never bought. Inspiration.

Sipping my way through another cup of coffee I went back to writing ideas for a novel wishing that a cowboy grandpa from Texas fit into the story somewhere. He doesn’t yet, but I pondered the possibilities onto the pages. And in the whole experience resided the quiet contentment that comes from doing what I love in places like this. On the surface, my writing days away are about drinking coffee, tuning into the voices for awhile before tuning them out, and writing.

Because that is true bliss.

This is my favorite picture of them. I have hundre

When I first saw this coneflower, 3 words came to

"And God made the two great lights—the greater l

They're here! The coneflowers are here! I loved wa