It Could Happen – A Nature Essay – Joy DeKok

Author Note: I have no idea if this young blue jay is male or female. When we saw each other, I spoke to it as if he was male, so I use the male pronouns when talking about him in this essay for simplicity’s sake.

The young blue jay flew in low and alone. Although there were six of seven other jays at the feeders, they ignored him.

He was an outsider.

I’d never seen a blue jay hunker down on the ground or hurry to the protection of the wildflower garden when the others sounded the alarm. Unlike the other jays, he was silent.

Within minutes, I was smitten.

The first day we spent time together, he sat on the ground eating suet an enthusiastic downy woodpecker dropped from above him. Like me, he seemed content to watch and ponder the busyness around him.

When I spoke to him, he cocked his head in my direction as if my words interested him. 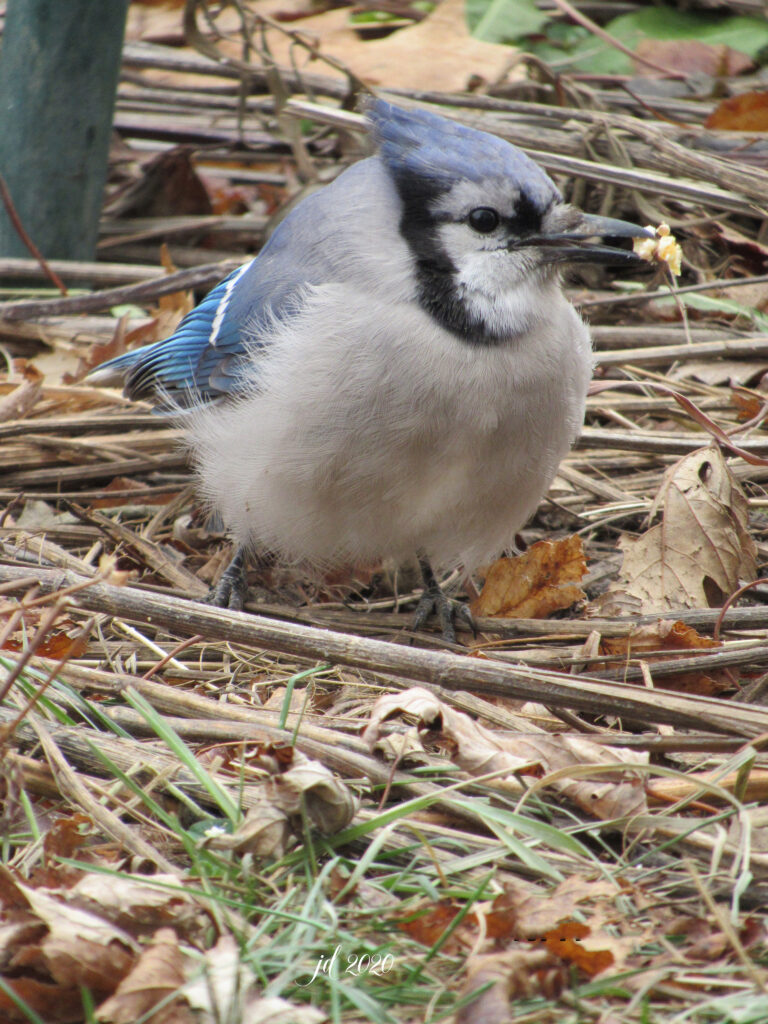 The next day we met at the feeders again. He flew in a bit higher this time and settled on to one of the stumps Jon put out there for my feathered friends. He ate with more gusto than the day before, but he was still a loner. When the other jays flew in together and squabbled, he watched, however no invitation to join them seemed to be issued. The others left in a flurry when I spoke out loud to him.

He looked at me as if he knew who brought the goodies. 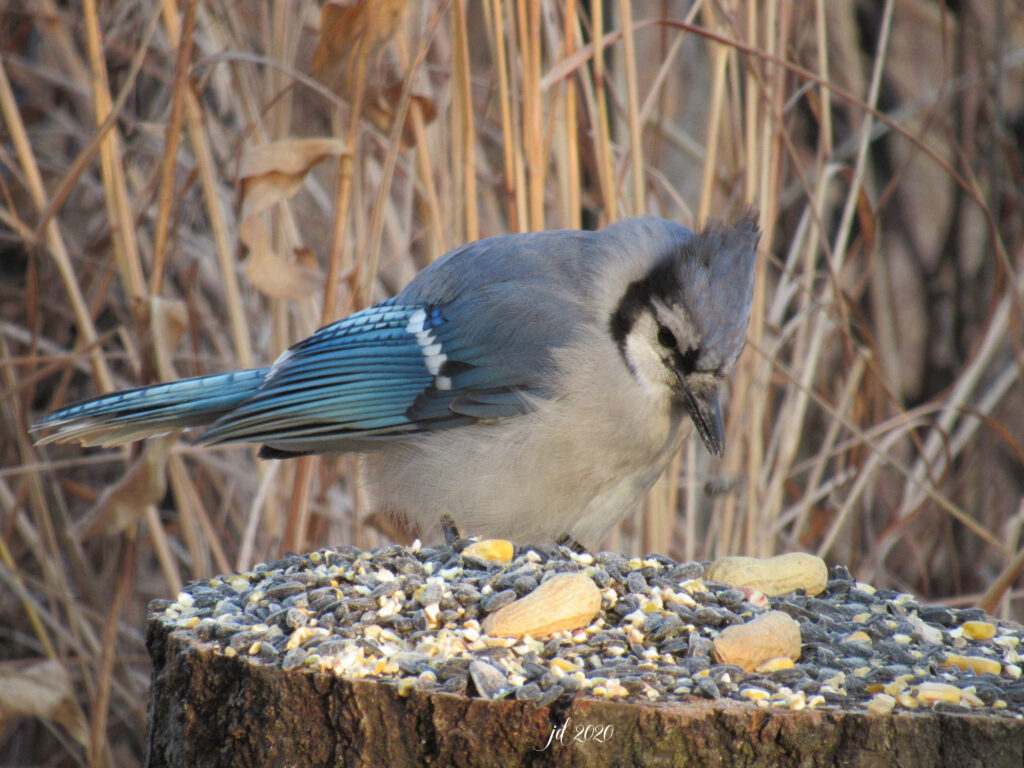 Our third meeting was even sweeter. He flew in higher than before and settled on a branch in a nearby bush. Again, I talked, and he listened. After getting a bit to eat, he returned to his branch and settled in.

It was as if being near me was natural and safe. In my opinion, his keen intelligence was right on. 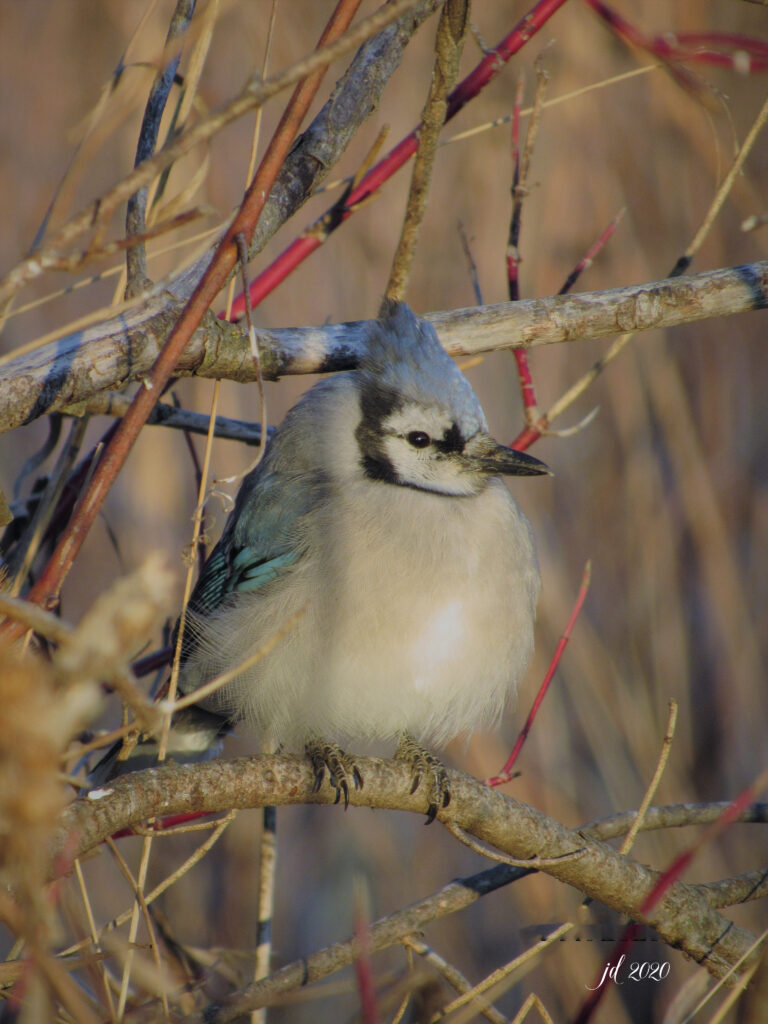 Soon, sleek adult feathers will replace his soft fluff, and unless he continues his solitary ways, I won’t be able to recognize him from the others for certain.

But if a solitary jay sits on his branch or looks at me that way, I know I will hope it is him.